February 9, 2016In Headlines from History

In case you’re tempted to take out a “Lonely Hearts” ad this Valentine’s Day, be warned: according to the newspaper archive you’d be wise to stay vigilant.

In fact, as the Aberdeen Journal suggested in 1949: 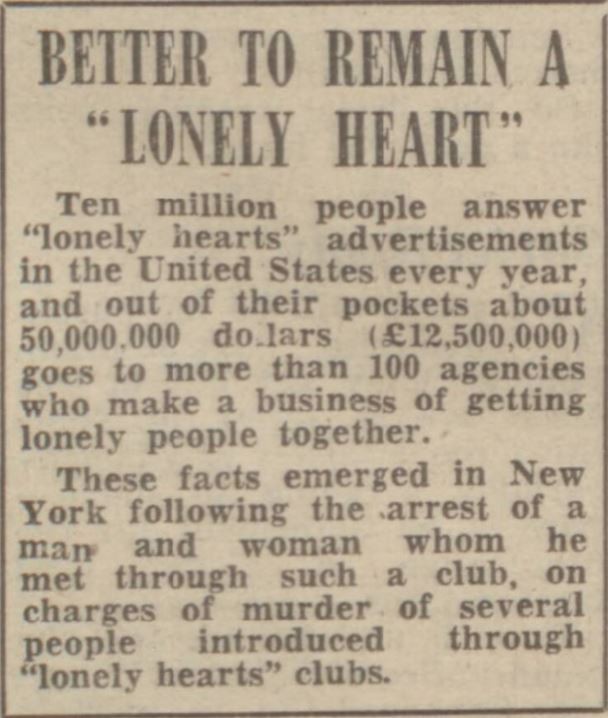 Unfortunately, the famous Lonely Hearts murders in New York were not an isolated incident.

William Sanchez d’Epina Hepper was born in Gibraltar in 1891. He spent most of his life living in London, working as a clerk for the BBC and allegedly spying for the United States.

In 1954, Hepper killed one of his daughter’s friends, 11-year-old Margaret Spevick, who went to his Brighton studio to sit as a model for one of his paintings. Hepper went on the run, sparking a nationwide search and one of the first televised public appeals. 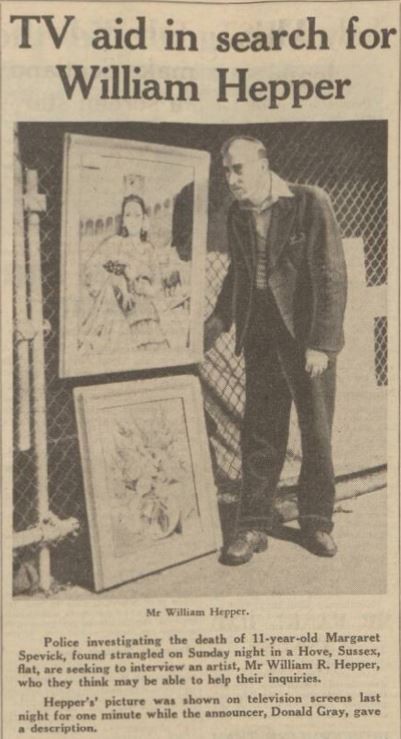 Dundee Courier – Tuesday 09 February 1954© THE BRITISH LIBRARY BOARD. ALL RIGHTS RESERVED.
The police interviewed a number of women from a Lonely Hearts club, with whom Hepper had been in correspondence.

“I have never seen Mr Hepper and he only wrote to me by means of my nom de plume. But I am proud to say I admired him,” one woman said, in the Sunderland Daily Echo and Shipping Gazettte, 10 February 1954. “I am sure that he must be suffering from something like a ‘black-out’ or he would have come forward by now.” 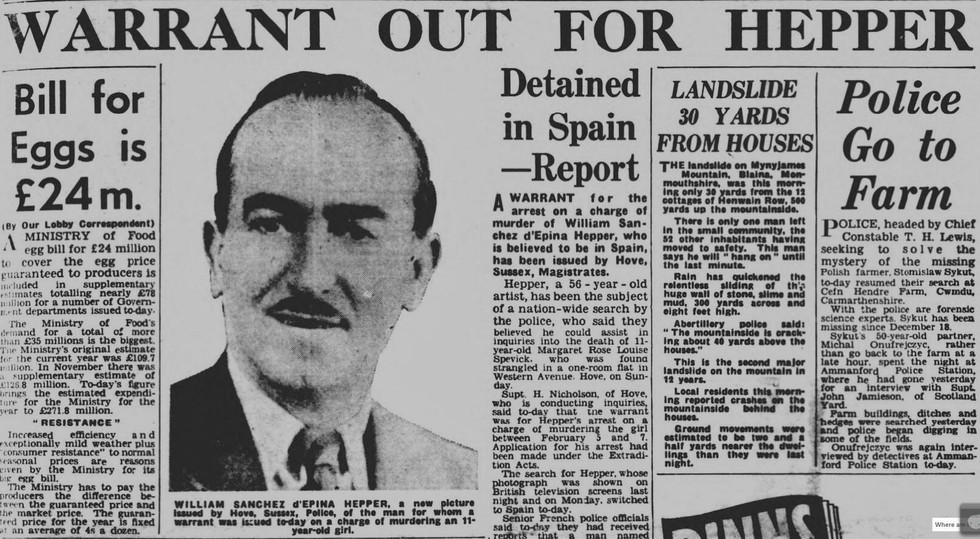 Hepper was tracked down in a boarding-house on the Spanish border on the day that newspaper was published. The Aberdeen Evening Expressreported on the 21 July 1954 that during his trial, Hepper collapsed and pleaded insanity.

He claimed that he was distraught to find out that his wife had been a prostitute before they had married, and the discovery had led to his mental demise. He was, he stated, “suffering the cruellest moral tortures that a man can suffer”.

“I feel as if I had been stabbed in the heart. With such a background how can you doctors expect my health to improve?”

One Dr Gainsborough was asked if he believed the accusations in the letter, to which he replied “No. I thought they were all nonsense.” The doctor resolved that while Hepper did display some obsessional tendencies, he believed he was in “a paranoiac state” and not “certifiably insane.”

Hepper was executed at Wandsworth prison on the 11 August 1954.

It’s a Woman’s Life! A celebration of the ATS, inspired by Dad’s Army

Celebrating The First 20 Years of Pride in The United Kingdom