September 28, 2020In Your newspaper discoveries

We are always delighted here at The Archive to hear how our users have used our collection for their own research. Here, retired broadcast journalist David Edwards Hulme describes how he used The Archive to research his book FIRE! the cotton mill disaster that echoed down the generations. 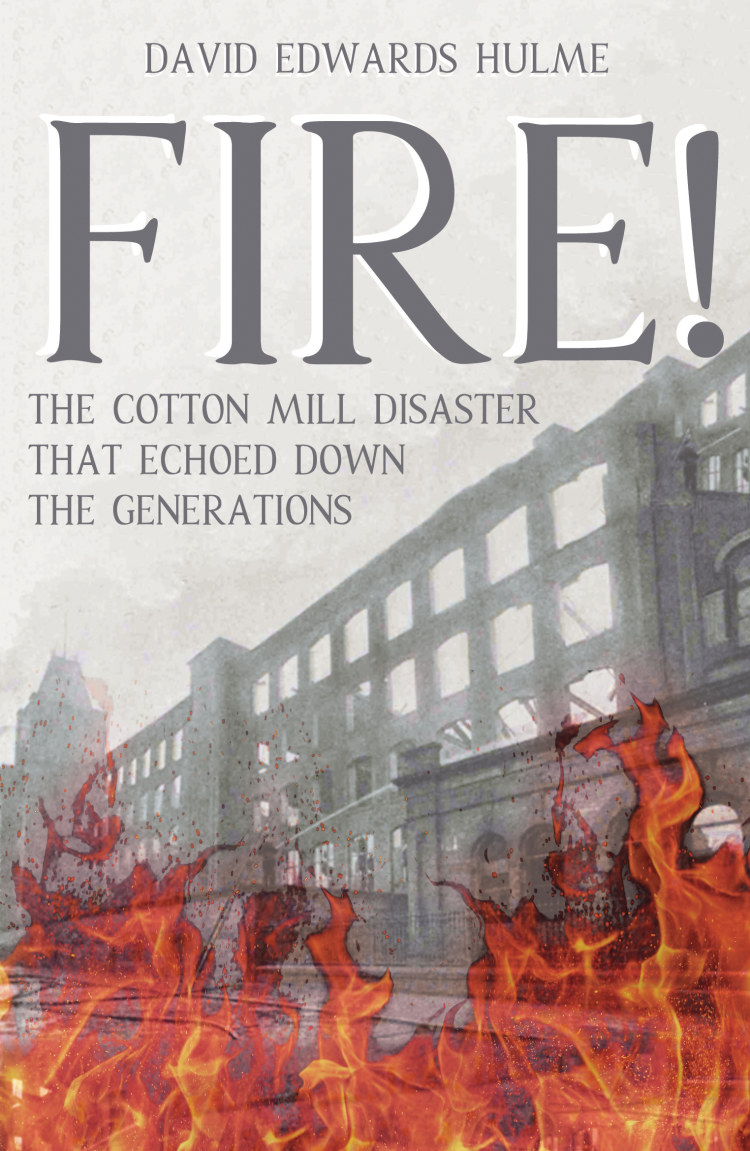 I’m a retired broadcast journalist, and early on in my career I worked for several newspapers. Each one had its own newspaper cuttings section in the editorial library – actual paper cuttings that over time would have passed through many fingers, and showed it.

Not one of us ever imagined that well into the future we would see a digital version available via something called the Internet on electronic devices called a computer or a laptop. That was science fiction, far removed from the daily grind of news-gathering.

So I look at the British Newspaper Archive with a deep appreciation – for the work that went into creating this priceless resource; the archivists gathering in all that material; and the journalists, many long dead, on whose work it is based.

I had turned to the archive when I was researching an article on a Victorian archery club, Cheadle Archers, in my home town of Stockport, Greater Manchester. I’m a lifelong archer, and although my present-day club, the Bowmen of Bruntwood, possessed trophies that once belonged to our Victorian predecessor, they were a mystery to us. The British Newspaper Archive provided some of the facts that helped shed light on these long-forgotten archers, most of them women.

So it was natural that I turned to the archive when I began researching my book, FIRE! The cotton mill disaster that echoed down the generations (Matador).

My great grandfather, Isaac Peet, was one of ten victims of the fire in 1902 in Stockport. An outside fire escape which would almost certainly have saved their lives had been taken down when a new mill extension was built with a supposedly fire-proof staircase.

My first glimpse of this forgotten tragedy was on a local history website run by Veronica Martin, with information based appropriately on a newspaper cutting.

I began looking for more newspaper reports in the British Newspaper Archive. I wasn’t disappointed. There were cuttings from all over the UK, from Scotland to Kent. They even included newspapers I used to work for – the Sheffield Daily Telegraph (which became the now-defunct Morning Telegraph) and the Lancashire Evening Post.

These reports gave me my first deep insight into a tragedy reported not just in Britain but around the world, making headlines in New Zealand, for example. And as the sub-title of my book indicates, it was a disaster that reverberated down the generations, affecting my own early life.

Later in my research, I had to submit myself to a microfiche search in my local heritage library. Eye strain and a headache were the result – the headache from cracking my skull too many times on the machine’s hood as I leaned in to peer at fading newsprint in a poor backlight, then standing up too soon.

It was a problem I never had when lining up all those cuttings from the British Newspaper Archive.

Where could your research lead you? Get started with searching our Archive here and you can get in touch with your discoveries by reaching us on our various social media channels (Facebook, Twitter and Instagram).

A Guide to Historical Yorkshire Newspapers