No milk for the baby: Lent, from the historic Irish newspapers – The British Newspaper Archive Blog

No milk for the baby: Lent, from the historic Irish newspapers

The end of Lent is nearly in sight, so for those of you who’ve managed to abstain from a chocolate bar or cheeky tipple, here’s some inspiration to help you through the final days…

As a predominantly Roman Catholic country, Lent has been of national significance in Ireland for hundreds of years. As the Waterford Chronicle reported on 25 February 1860, “The Chapels of our city were densely crowded with the Faithful, anxious to commence the Holy Season of Lent by participating in the religious ceremony of the distribution of the Blessed Ashes.” 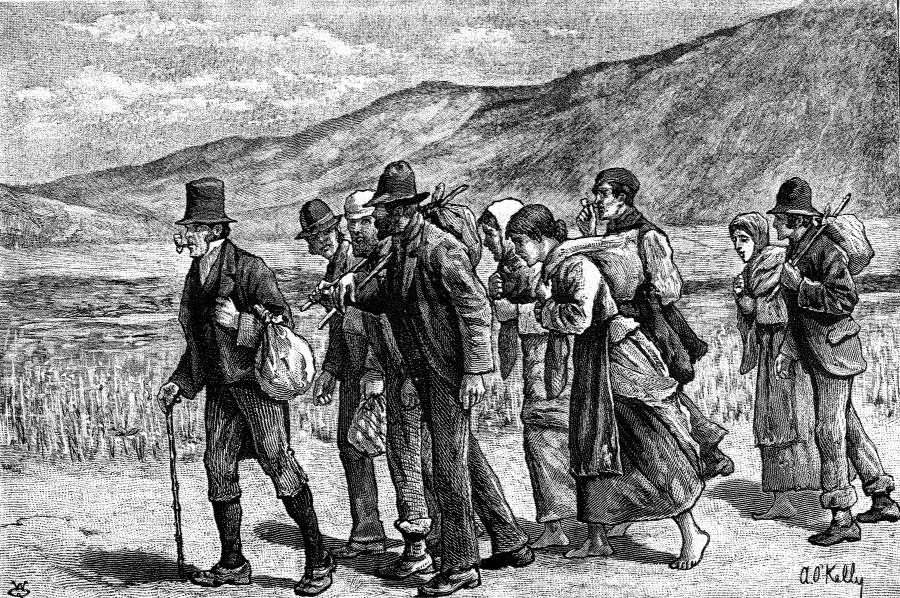 Depending on the area, these ashes were made either by burning the previous Sunday’s palm leaves, or scraped from the remains of families’ turf fires. Whatever their providence, they were daubed on every forehead as a point of devout urgency.

So began almost six weeks of strict abstinence. This was no private nod to the calendar, newspapers even printed Lenten regulations. Everyone had to abide, and the call went far beyond declining a treat or two.

According to tradition, children older than seven were not allowed milk during Lent. Younger children had only a little, and babies were to cry “three times” before they received any milk on fast days. Even the babes were tougher than your average adult today.

Examples of these regulations can be gleaned from a number of late 19thcentury Irish publications, which published the dictates of Paul Cardinal Cullen, Archbishop of Dublin, &c., Primate of Ireland as a matter of course.

This has been abbreviated from lists printed with various adaptations in the Cork Examiner and Dublin Courier (in 1859 and 1870 respectively) – though it appeared in myriad publications over those decades:

(You were also allowed a small snack, but you had to remain hungry at all times).

*solemnly excommunicated
The polka was singled out as particularly offensive.

(So unless you actively opted out, you were in for the ride)

(A humble and contrite confession was also required).

The Easter Rising: As documented in the British newspapers, 1916

Celebrating The First 20 Years of Pride in The United Kingdom